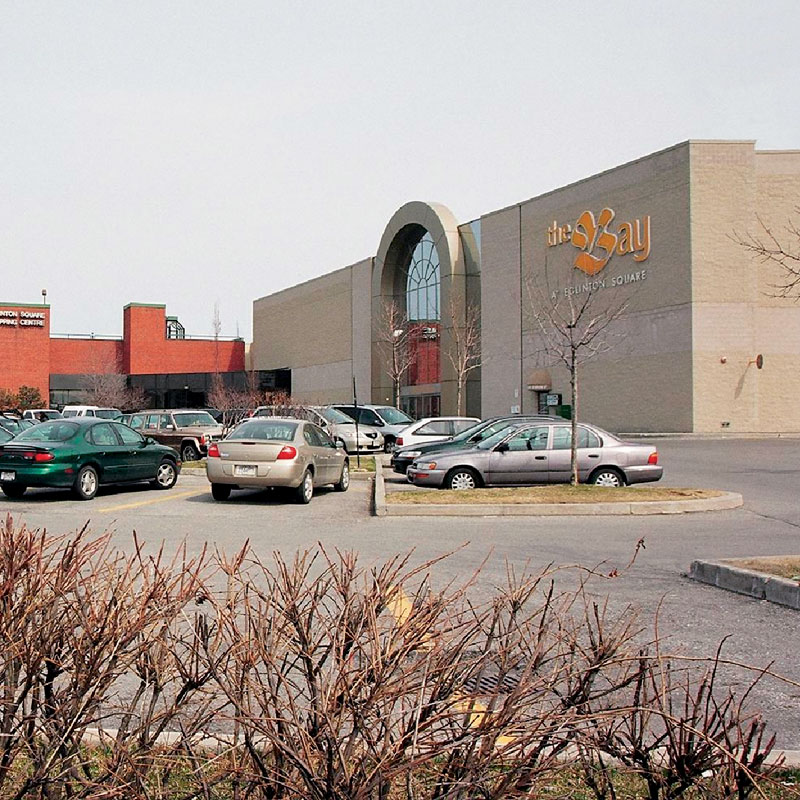 Eglinton Square Shopping Centre is a strategically located enclosed shopping center in the city of Toronto. The center is located near downtown and several arterial roadways.

The shopping center is one of the oldest in Toronto, having been built in 1954. Major tenants include: Shoppers Drug Mart, The Bay, and (shadow anchor) Metro Supermarket.

Our rigorous hands-on management techniques enabled us to improve cash flow dramatically during our tenure, resulting in a cash on cash (equity) return of above 20% per annum.

As a result of all our efforts we were able to maximize the potential of the shopping center and sell it for $44 million CDN to a large Canadian pension fund in 2005.

This represents a net profit of $13 million CDN dollars in 3 years, or a gain of approximately 42%.

Furthermore this represents an approximate 186% cash return on equity.